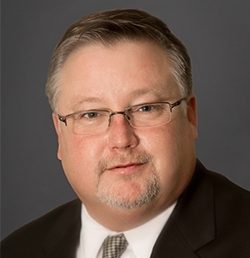 Brett Voorhies was reappointed to the Indianapolis Airport Authority board by the President of the Indianapolis City-County Council in 2016 after previously serving for two years. Born and raised in Indiana, Voorhies started on the shop floor at Rexnord/Link Belt in Indianapolis as a proud member of the United Steelworkers (USW), and with hard work was promoted to Shop Steward. Voorhies served on numerous committees including the safety and legislative committees, and also served as Editor of his local union newsletter. His proven leadership qualities led him to a staff position as the Legislative and Political Coordinator for Indiana and Illinois for USW, District 7, which he held for over 10 years. Voorhies was elected President of the Central Indiana Labor Council (CILC) in 2011. In December of 2013, he was elected President of the Indiana AFL-CIO at its 28th Biannual State Convention.