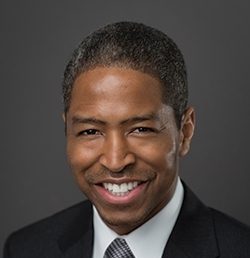 Mamon Powers III was appointed to the Indianapolis Airport Authority board by Mayor Joe Hogsett in 2016. Powers grew up in the construction industry working for his family's business, Powers & Sons Construction. He currently serves as Executive Vice President of the company as well as President of the Indianapolis office. Powers serves on the Board of Directors for the Greater Indianapolis Progress Committee (GIPC), Indy Chamber, Indiana Chamber, Ivy Tech Foundation and The United Way of Central Indiana. Powers graduated from Trine University (formerly known as Tri-State University) with a Bachelor of Science in applied management with construction. He went on to earn his master's in business administration from Purdue Krannert School of Management.