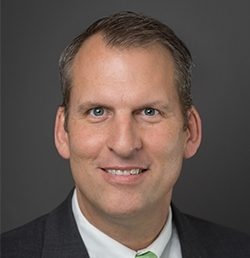 Robert Thomson, a certified public accountant (CPA), was appointed as senior director of finance for the Indianapolis Airport Authority in 2013, after previously serving as finance director. Thomson began his career in Indianapolis with Geo. S. Olive & Co. (now BKD, LLP), where he was an audit and tax specialist with focus on manufacturing, dealerships and employee benefits. Subsequently, he served as controller of Indianapolis Newspapers Inc. with a focus on systems implementation and profit-driven financial management, and later served as chief financial officer for a local family-owned manufacturer. Later, as accounting director for British Airports Authority Indianapolis (BAAI) Thomson was responsible for operating budgets, reporting and financial systems. In 2016, Thomson was named CFO of the Year by the Indianapolis Business Journal for his leadership. Thomson, an Illinois native, holds a degree in accounting from Cedarville University.