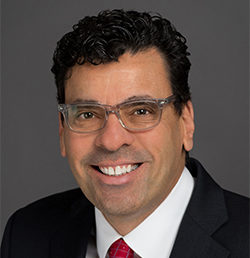 He also received recognition, including a New Orleans City Council Proclamation, for his leadership in developing the flood protection system around the New Orleans International Airport before Hurricane Katrina and especially his leadership during the City's evacuation and recovery.

Under his leadership, the Authority has experienced record-breaking growth, announced major economic development projects, and has been recognized as the Best Airport in North America and the United States, year after year by prestigious organizations such as J.D. Power, Condé Nast Traveler, Travel + Leisure, TripAdvisor, and Airports Council International.

He is an active community leader and board member of numerous philanthropic and business organizations such as the Indianapolis and Indiana Chamber of Commerce, 2024 NBA All-Star Game, Visit Indy, The Indiana Sports Corporation, the Economic Club, the Indy 500 Festival Committee, and the new Indiana Destination Development Corp. Foundation. He is the former president of the Indiana Latino Institute (ILI) Board and a founder of the Hispanic Leadership Circle, whose mission is to advance Indiana's Latino communities. Under his leadership, the Institute expanded from serving one-hundred Latino students to over twenty-eight hundred in 2019 and increased the organization's net assets by over forty percent.

Rodriguez is an engineering graduate of the University of Miami (1987), attended the Harvard Kennedy School, and an accomplished author and speaker on issues impacting the transportation industry. For over 30 years, he has held leadership positions from Hong Kong to Indianapolis.