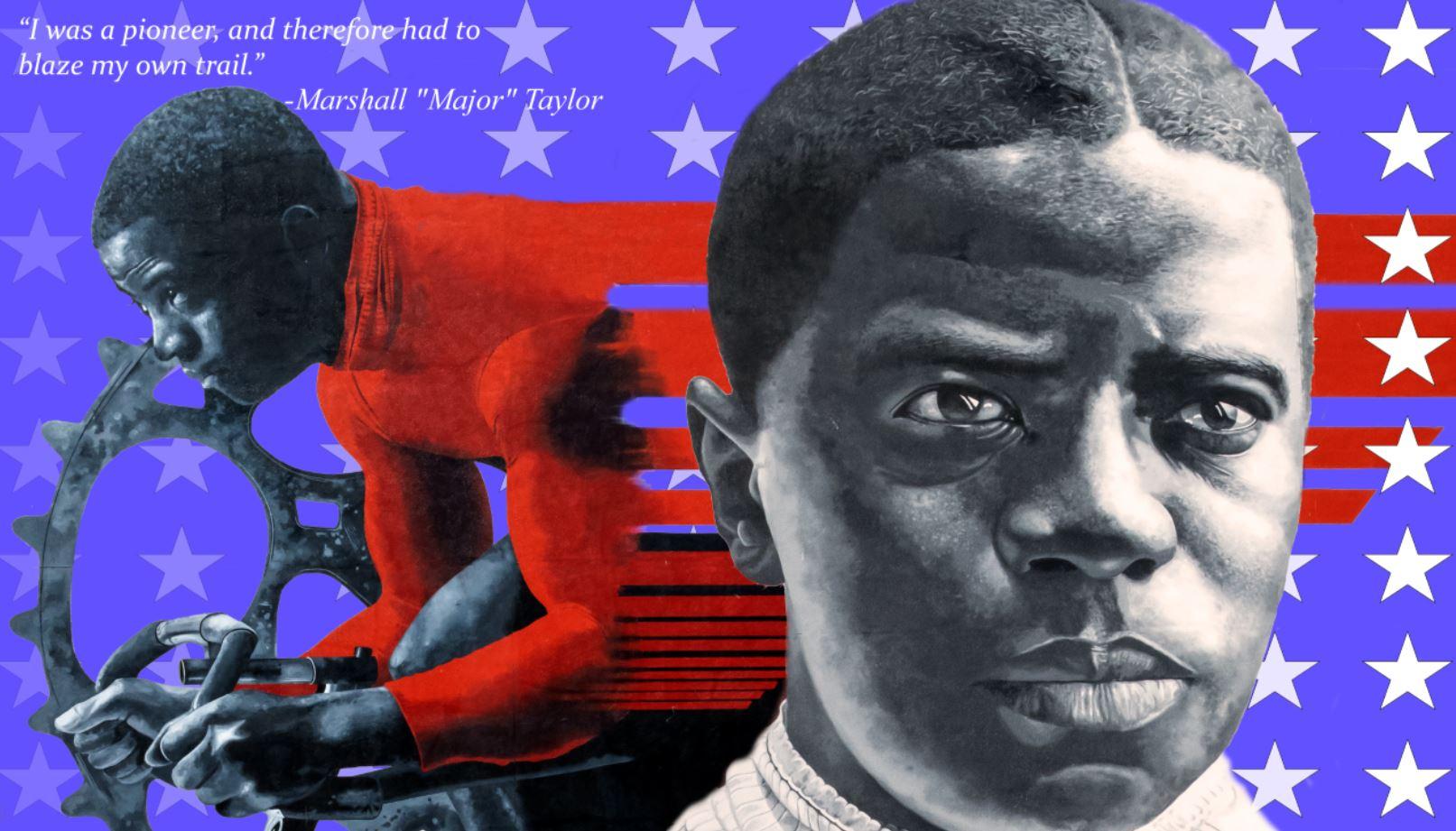 The mural, at more than 11-feet high and 22-feet long, titled World's Fastest, showcases the talents of artist Shawn Michael Warren, with photography from Joe Vondersaar, and is based on the artists’ Bicentennial Legends five-story mural exhibited on the side of the Barnes and Thornburg building in downtown Indianapolis. Warren was one of 54 artists from 21 states who applied for the Bicentennial Legends mural commission.

The mural was designed digitally and printed on adhesive vinyl. Warren’s creation is on display pre-security in Civic Plaza inside the Indy airport terminal and should be available to the public throughout 2022. Learn more about the project here.

About the Artist: Shawn Michael Warren is a Chicago-based visual artist. He earned his BFA at the American Academy of Art in Chicago and studied at the Florence Academy of Art in Florence, Italy. He uses historic themes or narratives to communicate essential human truths, and to initiate uncomfortable conversations surrounding race, socio-political subjects, and culture. Visit his website to learn more.