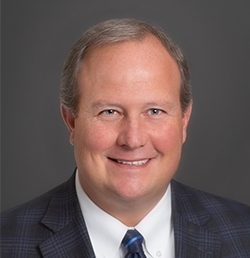 Matthew Whetstone was appointed to the Indianapolis Airport Authority board by the Hendricks County Board of Commissioners in 2019. Whetstone is the founding member of 1816 inc. and has substantial expertise in legislative and executive branch lobbying. His years of work in government affairs has built relationships across the state, especially in central Indiana, where he served as a member of the Indiana House of Representatives (1996-2007), serving Hendricks and Morgan Counties. He also served on the Brownsburg Town Council and currently serves as a member of the Hendricks County Board of Commissioners. In 2004, he was the Chairman of the House Rules Committee and Ranking Member of the House Public Policy Committee. He also served as Parliamentarian in the Indiana House of Representatives (2013-2015). Prior to his most recent service in the statehouse, he served as an Executive Director of Governmental Affairs at Krieg Devault.