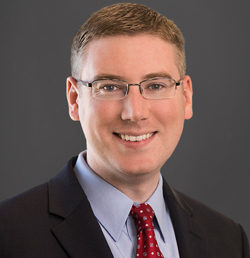 Ryan Goodwin was appointed to the Indianapolis Airport Authority board by the Morgan County Board of Commissioners in 2019. He was first elected to the Mooresville Town Council in 2007. From 2011 to 2016, he served on the Morgan County Council, serving as president of the council in 2015 and 2016. Goodwin was elected County Commissioner in 2016 and currently serves as chairman of the board. He earned his bachelor’s degree in business administration and economics from Liberty University, and a master of business administration (MBA) from Purdue University, and is a graduate of the Indiana Leadership Forum. Goodwin is a past president of the Greater Mooresville Chamber of Commerce, a board member of the Morgan County Economic Development Corporation, and the board secretary of the Indiana Association of County Commissioners. In 2018, Junior Achievement of Central Indiana named Goodwin one of its Top 10 “Best and Brightest” in government service. In addition, he comes from an aviation family –his father spent his entire adult life at American Airlines as a pilot, and Ryan is pursuing his private pilot’s license. He lives in Mooresville with his wife, Daphne, a high school math teacher, and their two young boys.